From cities that nearly crumbled during massive earthquakes to a place with temples of gold, these are the most amazingly beautiful places in Southeast Asia: Number 10. Temples At Bagan , Myanmar This stunning place is found in Myanmar's Mandalay Region. Centuries ago, it was referred by the Pali [pahli] name for "the city that tramples on enemies." It also went by the terms for "parched land" and "bronzed country." The royal chronicles of Myanmar state that Bagan came to be in the second century AD, but the mainstream version is that the city was founded around the ninth century by the Burmans.

Either way, from the mid-1000s to late 1200s, Bagan was thriving as the Pagan [pahgahn] Empire's economic, political, and cultural center. In the fifteenth century, it was a settlement and destination for people traveling far and wide. Over the centuries, the city has endured numerous earthquakes due to its position in an active earthquake zone. From 1904 to 1975 alone, the area suffered over four hundred earthquakes. In the mid-1970s, a severe tremor struck, reaching level 8 on the Modified Mercalli intensity scale, which measures the "intensity of shaking," and destroyed many temples in Bagan.

Luckily for the city's residents and the thousands of tourists who visit the city each year, several of the beautiful temples remain standing. These structures jut out of the otherwise flat territory, giving Bagan a unique and whimsical skyline. The hot air balloons, often seen at dusk, add a surreal touch to the city's allure.

Some of the cultural sites include the Ananda Temple, Lawkananda Pagoda, and Shwesandaw Pagoda. Bagan is also home to an Archaeological Museum, which contains artifacts like the Burman Rosetta Stone and the Myazedi inscriptions.

Number 9. Phuket , Thailand This is one of Thailand's southern provinces. One theory about its name is that it was derived from the word "bukit," which means "hill" in Malay . This term was used because the region looks elevated when viewed from afar. Phuket also used to be called Thalang, which came from the Malay word for "cape.

" One of the first people to detail Phuket during his travels was Pinto, a Portuguese writer and explorer. Throughout the years, Phuket has been the target of pirates and rough seas, but it was also a hub for trade. English, French, and Dutch people desired the area's resources, like tin. Fast forward to 2004 after Phuket's struggles concerning natural resources, the Siamese revolution, and other conflicts, the province dealt with another unfortunate event: a tsunami. The wave struck Thailand's west coast after the Indian Ocean earthquake.

After enduring such a terrible incident, the country's government had twenty-two tidal-wave-detection buoys put in place to assist with a warning system. Despite the difficulties Phuket has faced, it is still a top tourist destination due to its remarkable views and landmarks. A few of the attractions include Kata Noi [noy] beach, the Big Buddha statue that overlooks the island, and the Phuket Aquarium. Number 8.

Bohol , The Philippines Bohol is an island province in the Philippines that contains seventy-five other, smaller islands. This place was first settled by the Eskaya tribe, who still lives there today. During the 1500s, Spain made contact with Bohol and created a peace pact, an event that is celebrated annually to this day.

When the Spanish were defeated by the United States during the Spanish-American conflict, the US purchased the Philippines. Bohol remained independent until 1899 when Americans took control of the island.

Two thousand people rebelled against the US troops, and things quickly went south. The rebels eventually surrendered to prevent further destruction and chaos. In 1917, however, the United States made Bohol and other Filipino provinces separate under Act 2711. In 1942, the Japanese sent troops to the region, but they were eventually defeated. Just like Phuket, Bohol's struggles didn't stop with human-on-human conflict.

In 2013, a massive earthquake struck and took the lives of fifty-seven people in the area.

The North Bohol Fault, which was discovered during the event, is now a tourist attraction. Visitors can clearly see where the land split. But, there are numerous other sights to see in this beautiful city. One of the most striking features Bohol offers are its Chocolate Hills.

These geological formations create a Dr. Seuss-esque vibe to the region as over one thousand two hundred sixty of them cover the area. Number 7. Bromo-Tengger-Semeru National Park Another stunning location in Southeast Asia is this national park, also known as TNBTS. It is located in East Java, Indonesia.

Something that makes this region so striking is its volcanic complex, consisting of Mount Batok, Mount Bromo, Mount Widodaren, and Mount Watangan. Within this national park, there are also some species of endangered flora, including various flowering plants, the Javanese edelweiss, and around two hundred types of endemic orchids.

Number 6. Phi Phi Islands, Thailand These breathtaking islands are located in Thailand. The archaeological discoveries of the area suggest that it is one of the oldest societies in the country, dating back to prehistoric times.

Although the name is reminiscent of an English term for something we do in the restroom, Phi Phi comes from the Malay phrase for "the fiery isle." Six islands make up the Phi Phi, including the two largest: Phi Phi Don and Phi Phi Le. It draws many tourists each year because of its clear water and gorgeous beaches, which are protected under national park status. The tourism industry of Phi Phi spiked after the film The Beach debuted, starring Leonardo DiCaprio. Phi Phi was also affected by the 2004 tsunami that we mentioned previously.

But, it remains a hotspot for travelers everywhere. Number 5. Angkor Archaeological Park This beautiful place used to be the capital of the Khmer Empire and prospered from the ninth century to the fifteenth century. It housed about a thousandth of the world's population from the years 1010 to 1220. 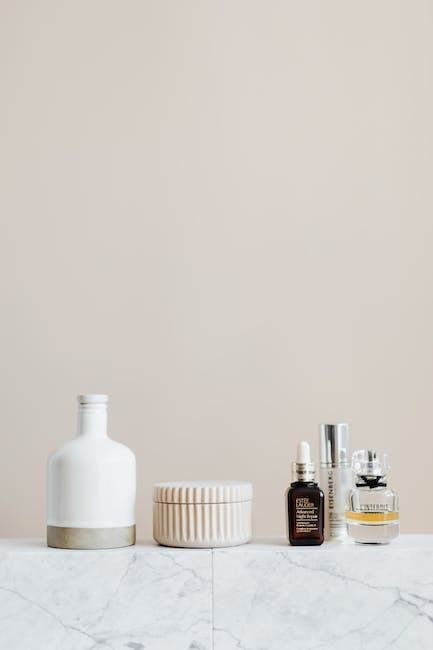 But, this once-thriving city ended its reign in the 1430s, which many archaeologists attribute to Ayutthaya invasions.

Conflicts took their toll on Angkor, which Zhou [zhow], a Chinese diplomat, described in his memoirs during his visit to the area. Other theories suggest that the capital fell due to natural events like the Bubonic Plague, climate change, and earthquakes. Nowadays, the ruins of Angkor attract visitors from all over the globe every year. Unfortunately, the increase in tourism has had an adverse effect on the ancient capital. People who walk and climb up the sandstone monuments exert unnecessary pressure on them and is expected to cause irreparable damage.

Number 4. Borneo, Malaysia This island is the third most significant on Earth concerning its size.

Plus, it's Asia's largest. It is divided into three separate countries: Malaysia, Brunei , and Indonesia, which accounts for seventy-three percent of the area. The rainforest in Borneo was formed around one hundred forty million years ago, which means its one of the world's oldest.

Because of this, Borneo is the center of evolution for numerous species endemic to the region. Some of the animals that call it home are the Borneo elephant, Dayak fruit bat, Hose's civet , and Bornean clouded leopard. Borneo is also one of the last remaining places where the endangered Bornean orangutan resides. But, this island's rich history doesn't stop with its rainforest. In November 2018, scientists discovered the oldest known figurative painting in the region, which dates back to somewhere between forty thousand and fifty-two thousand years ago.

It depicts an unknown creature and was discovered in the Lubang Jeriji Saleh cave. Today, Borneo is home to over twenty-one million people of all different ethnic groups, including Chinese, Banjar, and Malay. Unfortunately, the residents and tourists have expedited the declination of Borneo's rainforest and natural resources. The rainforest used to cover the island far and wide, but, logging for the wood industry coupled with high demands for raw materials and the growing agricultural sector have made conservation efforts challenging.

Luang Prabang , Laos This city is nestled in a green forest and surrounded by mountains, making it another magnificent place you should visit in Southeast Asia. Its name means "Royal Buddha Image" in the Lao language. Luang Prabang consists of fifty-eight villages, thirty-three of which make up the Town of Luang Prabang World Heritage Site. UNESCO listed it as such because of the incredibly well-preserved religious, cultural, and architectural heritage derived from urban and rural developments over the centuries. The city only has four main roads, and it is located near the Mekong and Nam Khan rivers.

READ MORE  HOW TO TRAVEL AS A BROKE UNIVERSITY STUDENT

But, besides Luang Prabang's outward beauty, there are many inner wonders that make this city unique. Hundreds of Monks walk through the streets every morning collecting alms.

The region is filled with historical and natural sites for curious visitors, including the Tat Sae Waterfalls and Pak Ou Caves. Some places even offer elephant rides for those daring enough to mount a nine-foot-tall creature. There are also several temples to explore, and travelers can enjoy mountain biking throughout the city or to natural attractions.

Number 2. Hoi An [ahn], Vietnam This city used to be known as Faifoo and has been noted as a World Heritage Site by UNESCO since 1999. It houses about one hundred twenty thousand people in the Quang Nam [nahm] Province of Vietnam. Hoi An has two primary seasons during the year: dry and rainy. The area's average temperature is eighty-nine degrees Fahrenheit, but the hottest time runs from June to August, when temperatures reach over one hundred degrees.

During the rainy season, the downpour can lead to floods, which affects tourism numbers. Hoi An is home to four museums that highlight the area's history, and they are supervised by the city's Center for Cultural Heritage Management and Preservation. Much of Hoi An's background is in trading; so, it offers diverse and exciting cuisine and informative attractions. There are even cooking classes tourists can take to learn how to prepare signature dishes like Cao [cow] Lau [lowe], a meal consisting of rice noodles, braised pork, greens, herbs, and bean sprouts.

Chiang Mai [my], Thailand If you're looking for a place with majestic scenery and breathtaking architecture, Chiang Mai, Thailand is the place for you. King Mangrai founded the city in the mid-1290s. The region's climate is known as "tropical savanna," and it exhibits warm to hot temperatures all year long. The highest temperature ever recorded here was just over one hundred eight degrees Fahrenheit. Despite its stunning appearance, Chiang Mai has some issues regarding its environment.

Every year, air pollution rises during the dry season from February to April. Air quality during this time often registers below the recommended standard, and dust levels can reach twice the limit they're supposed to. Some sources attribute the problem to the agricultural industry. Even with the struggles Chiang Mai faces, it's still a wonderful city to explore. There are over three hundred Buddhist temples here, some of which are the Wat [waht] Phra [prah] That [taught] Doi [doi] Suthep - the most famous one, whose golden exterior glimmers in the sunlight, Wat Chiang Man, and Wat Phra Singh.

Have you visited any of South East Asia's stunning sights? Tell us about your adventures in the comment section below!. 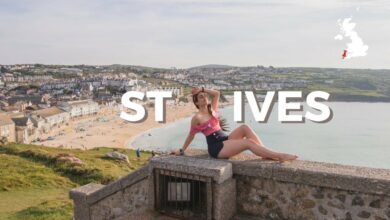 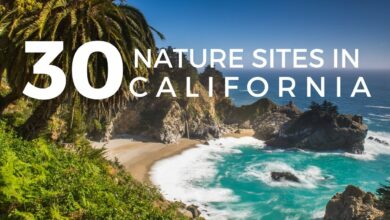 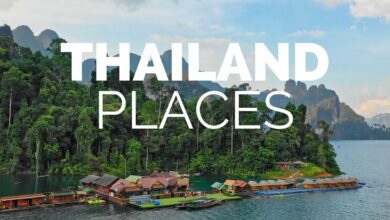