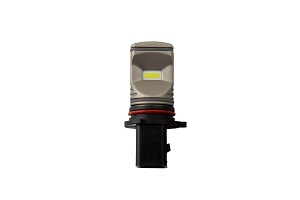 The reason people use their fog lamps is to provide them with better visibility when conditions are poor. When it is foggy, misty, hazy, raining, or snowing, fog lamps can provide the driver with a little better visibility when driving at slow speeds. One reason for this is that the fog lamps themselves are at a lower angle than the headlights so that light does not get reflected back into the eyes of the driver. The other reason is that most foglights utilize a warm yellow light which does not produce as much glare and thus, impair the vision of the driver.

Fog lights are useful in poor weather conditions and other adverse driving conditions, such as through smoke, but there are other reasons why people buy LED fog lights and they are not related to these. They are instead related to the virtues of LED technology that has improved over the past several decades.

For one thing, LED lights will last a long time. For the most part, LED lights will outlast any other form of lighting you can buy, and will in many cases outlast the vehicle into which they were installed. In fact, if a new car is outfitted with LED lights, there is a fair chance that that car will go end of life before its lights do. Not that anyone was ever dreading the need to replace their fog lights, but if you can switch over to LEDs, you will probably never need to replace your lights again once you make the upgrade.

In addition to the fact that LEDs will last for such a long time, they are also much easier on the electrical system of a car. LEDs draw only a very small fraction of the power that incandescent, HID and halogen bulbs draw, which is less taxing on the car.

LEDs are also more resilient than these other forms of vehicle lighting. HID bulbs and halogen fog bulbs, along with incandescent bulbs are also sensitive to some of the factors that will accompany inclement weather. For example, moisture, dust, and oil will all cut short the life and operation of these bulbs, but some LEDs are made to be much more resilient to them.

For example, the LED fog light bulbs and LED fog light kits at Diode Dynamics are not only resilient to moisture intrusion and corrosion. They are also resilient in the face of vibration and remain operable in extreme temperatures. They’re just plain tougher than alternatives.
Plus, if you’re looking to buy LED fog lights that offer ease of installation, some of Diode Dynamic’s fog lights are plug and play options that you can use the moment you get them.

All of their products are also designed and assembled in the U.S.A. to the highest standards of quality, so if you have any other questions about how they make them or how they work, get in touch with their team on their website. You can visit them at DiodeDynamics.com, call them at 314-205-3033 or send them a message at [email protected]

Why Interior Business Signs Are Vital For Your Business

The Best Gerber Knife? Thoughts on the Strongarm