When Spring Airsoft Guns Are Viable

The vast – vast – majority of airsoft guns that make their way into competitive engagements and airsoft events are powered via one of two means, and neither of them is spring power. Most airsoft rifles and pistols that competitive players use in matches are gas-powered or electric. Almost all airsoft pistols and rifles that are used in matches either take gas canisters or a battery. Spring-powered airsoft guns are sorely lacking from many matches. 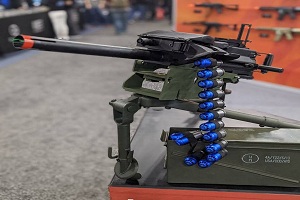 The reasons for the prolific distribution of gas and electric airsoft guns are more than one. The main benefit of both of these “fuels” is that they can create semi-automatic or even fully automatic airsoft guns that are generally preferable in competitive play. Since a lot of engagements will bring players into CQB and tight quarters, having an airsoft gun that can return fire at a high rate is a necessity, not a nicety.

Rate of fire is one thing – the other is that there’s no chance that the spring that powers them won’t wear out during a match, which does happen with spring airsoft guns. Gas and electric airsoft guns do have moving parts, but high-torque motors and replacement gas canisters can solve some of these problems.

For those of you interested in spring airsoft guns that are looking for a justification of, a defense for, spring rifles, here is your answer – take on the role of a sniper for your team.

READ  Factors to Weigh in Fastpitch Bats for Sale

As an airsoft sniper, you will probably (hopefully) avoid all close-quarters engagements and will likewise be required to shun the heat of battle in preference to quiet, strategic locations that are sufficiently removed from team dispositions and movements.

As a sniper for your team, your role will shift to two key responsibilities: providing valuable intel, and preventing the enemy team from moving into an advantageous position over your own. A spring airsoft rifle can help with this latter initiative. Mount a scope to it and you will cover the former.

As for being a viable competitive option, a spring rifle actually has a few distinct advantages for an airsoft sniper that would make it preferable to a gas or electric gun. For one thing, spring sniper rifles tend to be more powerful than many gas and electric guns. This enables them to reach farther, and when adjusted properly, more accurately.

Additionally, with respect to reliability, spring rifles don’t have any batteries that can die in the field from periods of inaction. There’s nothing that can “die” on a spring airsoft sniper rifle, so they’re ready when you need them.

Additionally, the high rate of fire that is necessary for electric airsoft guns is simply not advantageous when you are an airsoft sniper that only needs to take sparing, precise shots on distant targets. If anything, the slower rate of fire might even encourage you to take your time to make shots count. There is no point in spraying at an enemy target. Even if you connect, you risk betraying your position, which could be devastating for your team.

READ  Why You Should Wear DeMarini Batting Gloves

So the short answer is, yes, you can use a spring airsoft rifle in a match, as long as you fill a specific role, such as a sniper, that can get away with the low rate of fire. If you’re looking for more information, gear or pointers, visit MiRTactical.com. MiR Tactical has a huge collection of gear and a calendar of events throughout the country that will set you off to success with your spring rifle – wherever you are. Check out their website today, and if you have any questions, give them a call at 800-581-6620.

Improve Your Game With These Slowpitch Softball Bats For Sale